One of the interesting ideas that Games Workshop has been exploring in the past few years is producing hybrid board/miniature games using pre-existing models in smaller packaging at a lower price point.  To be honest most of those hybrid games haven't really appealed to me because I'm not their target audience (they're really designed to introduce non-gamers to hobby gaming) and if I was excited about the miniatures those games contain I would already own them.  The break in that trend and the game that finally drew me in was Battle In Balin's Tomb.  Lord Of The Rings was one of Games Workshop's biggest sellers during my time in the company and to be honest in the early 2000's it was my favourite GW rules system.  It's one of the few GW games I've kept up with consistently since leaving the company, and I still semi-regularly play Legends Of The Old West which uses the Lord Of The Rings core mechanics.  But I digress...

Battle In Balin's Tomb is the third box game to use the Moria Goblin plastics (one of the first Lord Of The Rings releases in 2000), and the second box game to use the highly underrated Fellowship Of The Rings plastic models.  The game itself is extremely basic, using a Heroquest-esque combat dice mechanic to play a 12 turn skirmish on a board largely devoid of features.  If you're new to hobby games or a big Lord Of The Rings fan and you want a simple introductory game with a fantastic selection of models this game is a great choice, if you're looking for an engaging strategy game that's honestly not what this is here for.

I'm looking forward to playing some games of Battle In Balin's Tomb with my daughter and possibly my niece over the Christmas season.  They are both squarely in the wheelhouse of the target audience for the game, both big fantasy movie fans, both like miniatures, and neither are interested in a complex game system.  I decided to start off by painting team Evil;  12 Moria Goblins, and the amazing and underrated Cave Troll model. 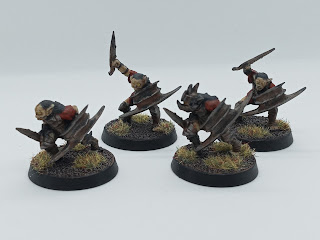 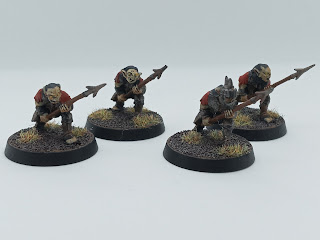 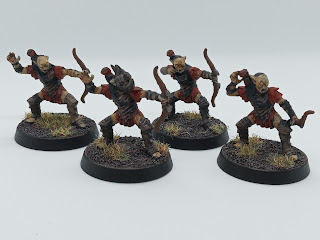 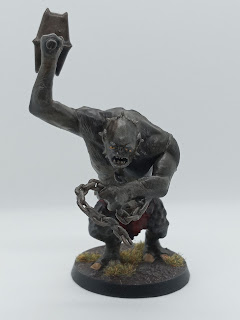 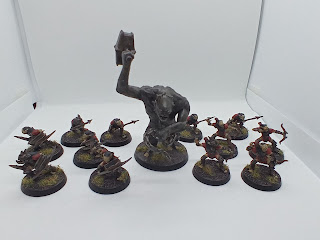 That's basically half the box painted, I'm hoping to paint the Fellowship by Wednesday.

I'll show some more new/old models later this week and hopefully have a game to tell you about next week!

Battle In Balin's Tomb should be available now from your FLGS 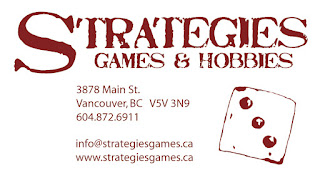 Email ThisBlogThis!Share to TwitterShare to FacebookShare to Pinterest
Labels: Battle In Balin's Tomb, Games Workshop, Lord Of The Rings