Getting ready for; Last Days!

We're about a month away from the release of my friend Ash's first game from Osprey Games; Last Days. 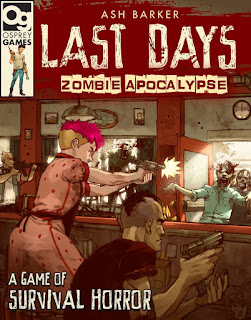 I'm gearing up to play some games ahead of release so I'll save a review until actual release week but I thought I'd just touch on a few things as I dust off a lot of the models I was painting back when I started this blog.

First up Last Days like all Osprey Games I'm familiar with is miniatures-neutral which means you can play it with any models you already have in your collections, or you can go out and cherry-pick all the coolest stuff.  This means for anybody already playing a zombie miniature game you already have everything you need, if you're one of those collectors like me who just buys cool models hoping to one day have rules to use them with you're all set as well.

Back during Ash's first pass at the game the forces were themed (cops, survivors, bikers, etc) so I tended to collect and group my figs that way.  Now you can mix and match as each model represents a trope rather than part of a traditional 'force' of soldiers. 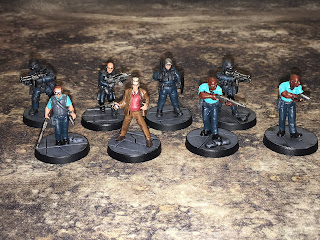 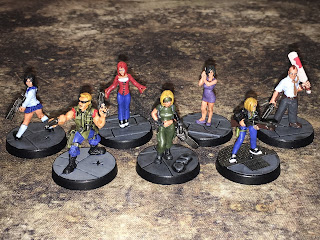 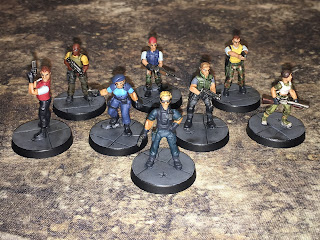 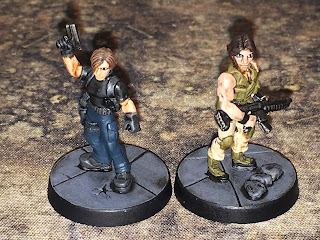 In addition to each player's chosen force you will need a small collection of zombie models.  For anyone who's been into the genre previously this will be a non-issue but for newer gamers there are a ton of options for easy cost-effective zombies to fill out your ranks.  Walking Dead zombies are easily available and great durable figures, Warlord Games produces the old Wargames Factory zombies, even board games have some decent quality zombie figures these days, I've personally used a bunch of zombies from Last Night On Earth. 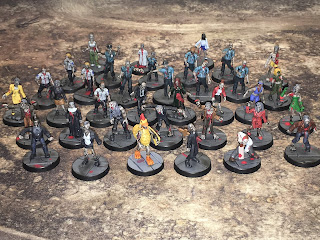 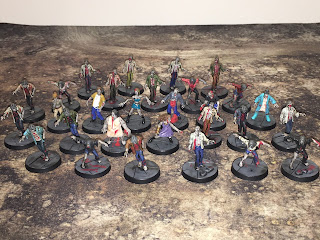 If there's one piece of advice I would give a new modeller collecting together different zombie and survivor figures it would simply be to base them the same (or at least similarly) so they take on the appearance of one coherent collection.

This is my trip through one old figure case, I plan on painting a few new figs up this week to add in, and hopefully you'll all see a full game review in 3-4 weeks.

It seems like over the past year or two I've gotten more than a little nostalgic about gaming and started going down the "retro" path with more than a few systems. 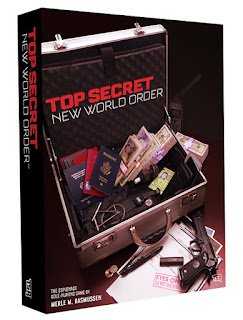 The original Top Secret was TSR's foray into espionage role-playing.  While with the original pre-Wizards Of The Coast TSR the game also saw a substantially updated version released called Top Secret S.I.  One of the big appeals of this newest edition is that on the front cover and all over the Kickstarter promotional messaging was that Merle Rasmussen (the author of the original game) was the author of this game as well.  That appears to be mostly true.

First up the box game contents themselves.  I have to say this was a bit of a mixed bag for me.  The game comes will a pad of full-colour character sheets (great idea!  why doesn't every RPG do this?), and a nice sturdy GM screen.  In addition there are plastic markers for tension (one of the game mechanics) that can be moved along the GM screen and an almost complete set of dice.  Those are the definite "pros".  The con side from a physical contents point of view is definitely the main rule book itself.  Excepting the cover the entire book is black and white, it is very sparsely illustrated, the layout is dry to look at and read and it has the flimsiest cover of any gaming product I've handled in years.  That last one might sound minor and petty but it's jarring, the cover is thinner than any game magazine I've gotten in years and is no where near as sturdy as the free giveaways Osprey provides.

The rules themselves seem really interesting (I haven't actually played yet) but are based largely on a pre-existing system written by one of the games other credited authors so I'm curious how much of the game content Mr Rasmussen actually wrote or if he might just be a figurehead for this project.  That question aside the core rules are that mix I really like of a simple core mechanic coupled with a lot of depth for the player's to affect and impact outcomes.  It reminds me a bit of Savage World but in fairness I think I'm oversimplifying that, it's just my personal RPG experience likens this to Savage Worlds.

I really enjoy the 'exploding dice' mechanic where a critical success roll on any one die vastly increases your potential for a positive outcome.  However as a criticism for systems like this that assign higher/larger dice to a player's best attributes it actually seems a bit counter-intuitive in that the larger die you have the lower chance you have of a critical success (on 1d4 I get a critical success 25% of the time, on 1d10 I get a critical success 10% of the time).  My other personal reservation with the rule book contents is that there is virtually no background or flavour provided.  Its not unreasonable to assume that the authors thought most players would simply set their games in the current real-world and therefore they wouldn't need any additional background material but it does create a bit of a dry feel to the rule book by not breaking up blocks of rules with some fiction or background factoids.

Overall I think the game is a worthwhile purchase for any fans of the genre or of previous iterations of the system.  For an experienced role-player the game is ready to play right out of the box (it includes an adventure as well) and seems like a fun time.  For someone looking for a first RPG you might want to look for something more visually stimulating as well as something that has a bit more flavour and setting to get you started.

Hey look! It's a doggie!

After getting in a couple of Company Of Iron games with my first two Grymkin units it was definitely time to go back and add some more stuff.

I decided to start with a light warbeast which for thematic reasons to be revealed later will be the Gorehound. 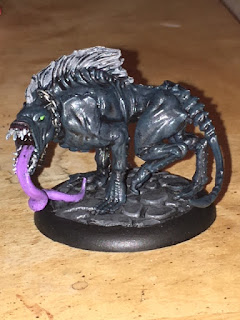 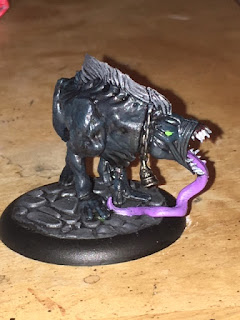 The Gorehound gives me a fast and ferocious beast for my Company Of Iron force while also moving me one step closer to being able to field a proper Warmahordes army.