Why look at him! He's just a raggedy man!

I wanted to take a break from things I "need" to paint and just do something for the sake of doing it.  I went digging through the box of Reaper Bones miniatures my friend Mark had given me and I came up with a pretty cool near-future/post-apocalyptic dude. 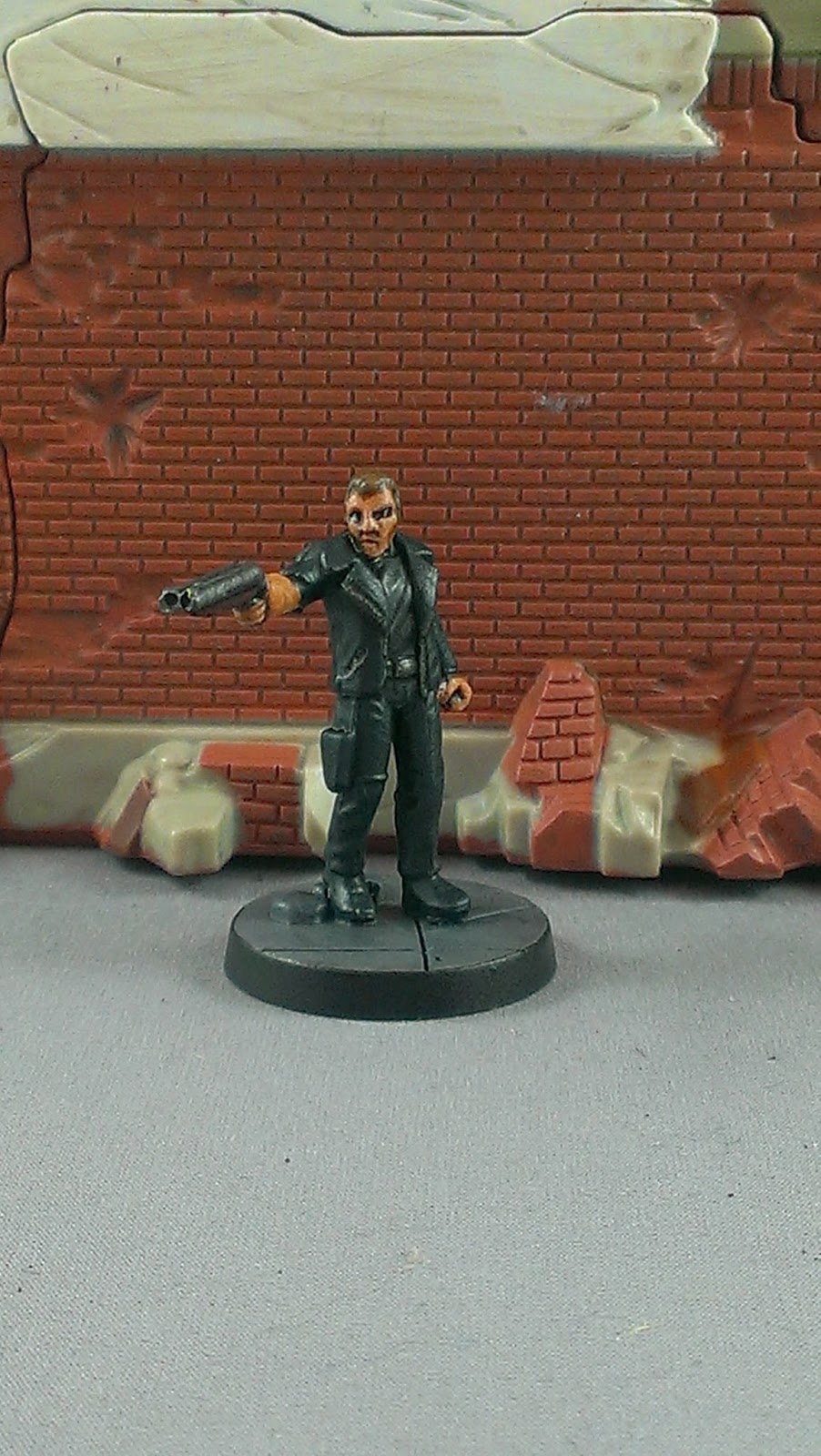 'Rex-Dark Future Hero' is pretty clearly intended to be Mad Max Rockatansky but he would also make a good Lone Wanderer figure or be a reasonable hero for any post apocalyptic game.  This is another figure that showcases what the Bones line does really well.  His clothes are all pretty basic and there's no detail missing but he isn't covered in lots of fiddly detail that doesn't cast well in vinyl.

A few weeks ago after I painted Scrap Bot I mentioned there would be more coming down the pipe in that vein.  As I've been working on Zoe's first Pathfinder adventure I wanted to put together a group to accompany her character so it feels more like a traditional fantasy story but we're playing a single player game and I didn't want to layer on a whack or random NPCs that would potentially drive some of the direction things go in.

After watching an episode of Wolverine And The X-Men which featured a Sentinel named Rover who has befriended Marrow and joins her against the other Sentinels Zoe asked if I had a robot she could paint.  Out came the Grind Jacks and Zoe and I picked out some stuff (she really liked the claw) to make her robot companion for our game. 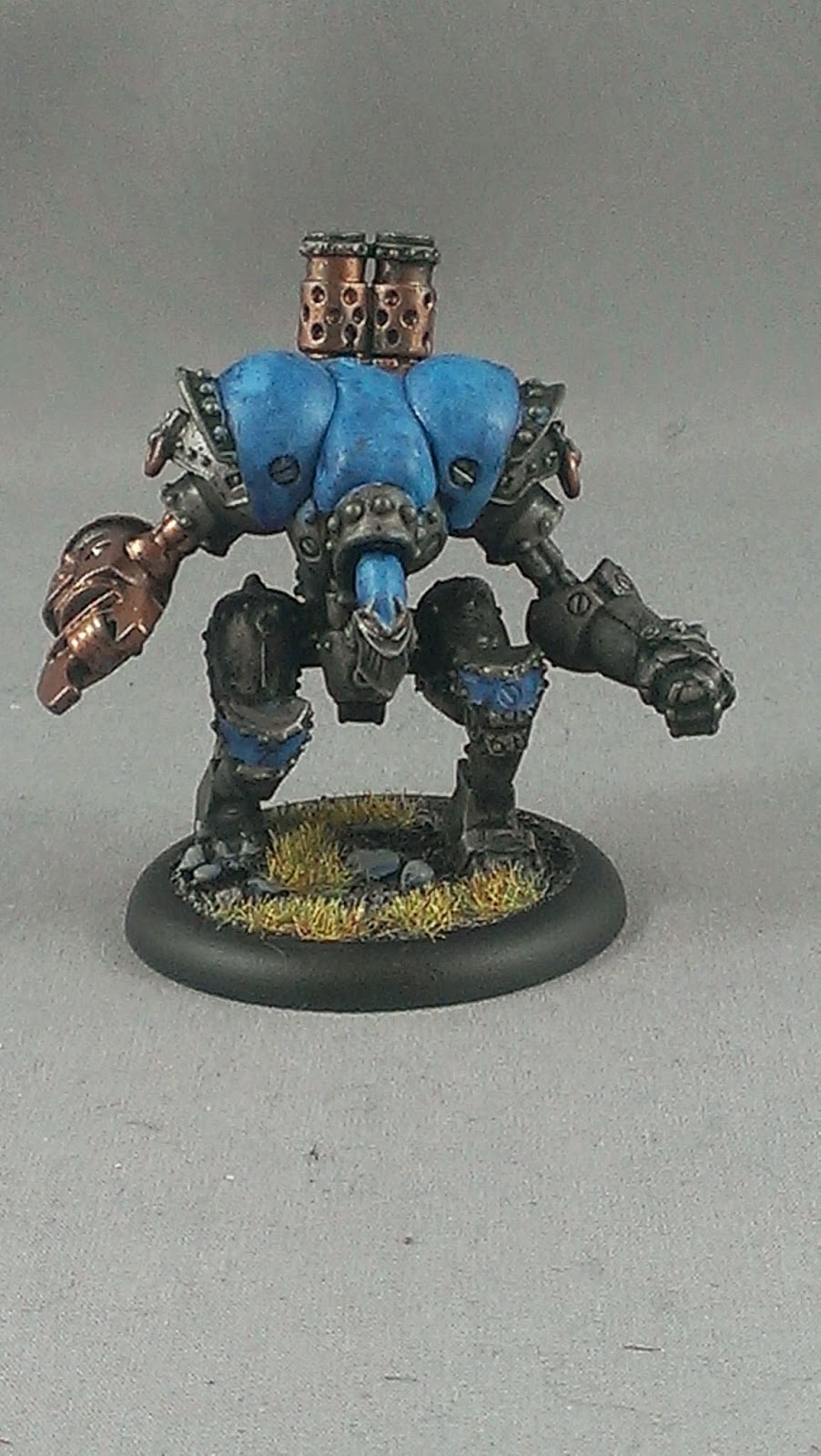 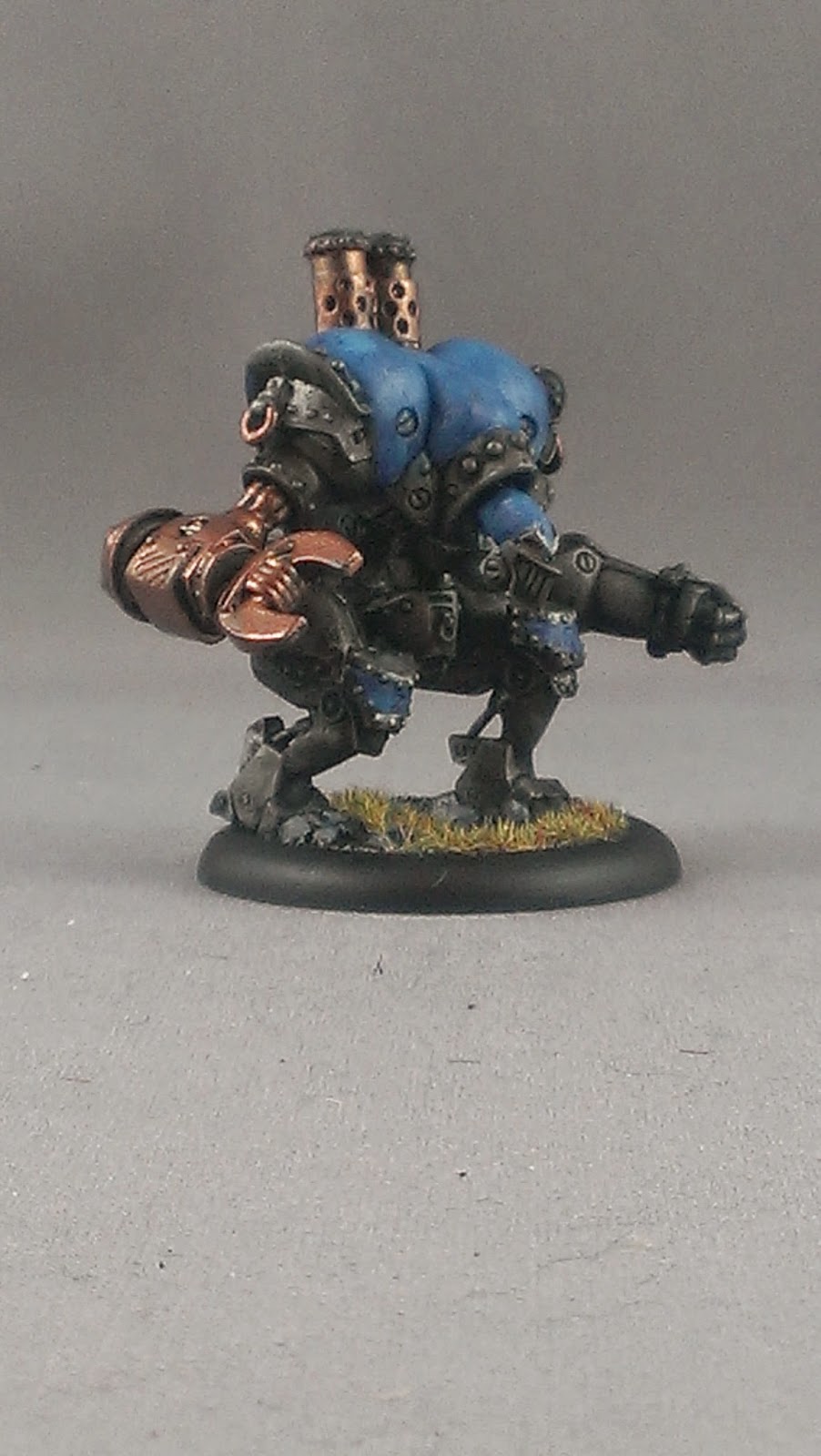 Chloe The Robot has a very similar colour palette to Isabeau the last figure Zoe painted so they should look good together on the tabletop.

The next (and final) step for assembling Zoe's companions will probably be an animal familiar of some sort to accompany her.

Another couple of weeks and there should actually be a game to report on as well!

After taking a detour from 40K for a while to get my new Malifaux force in fighting shape I wanted to circle back and finish the addition I desperately needed to my army.  The Iron Pilgrim is my Multi-Melta armed Dreadnought (thanks again Dave!) for dealing with tanks and space ponies. 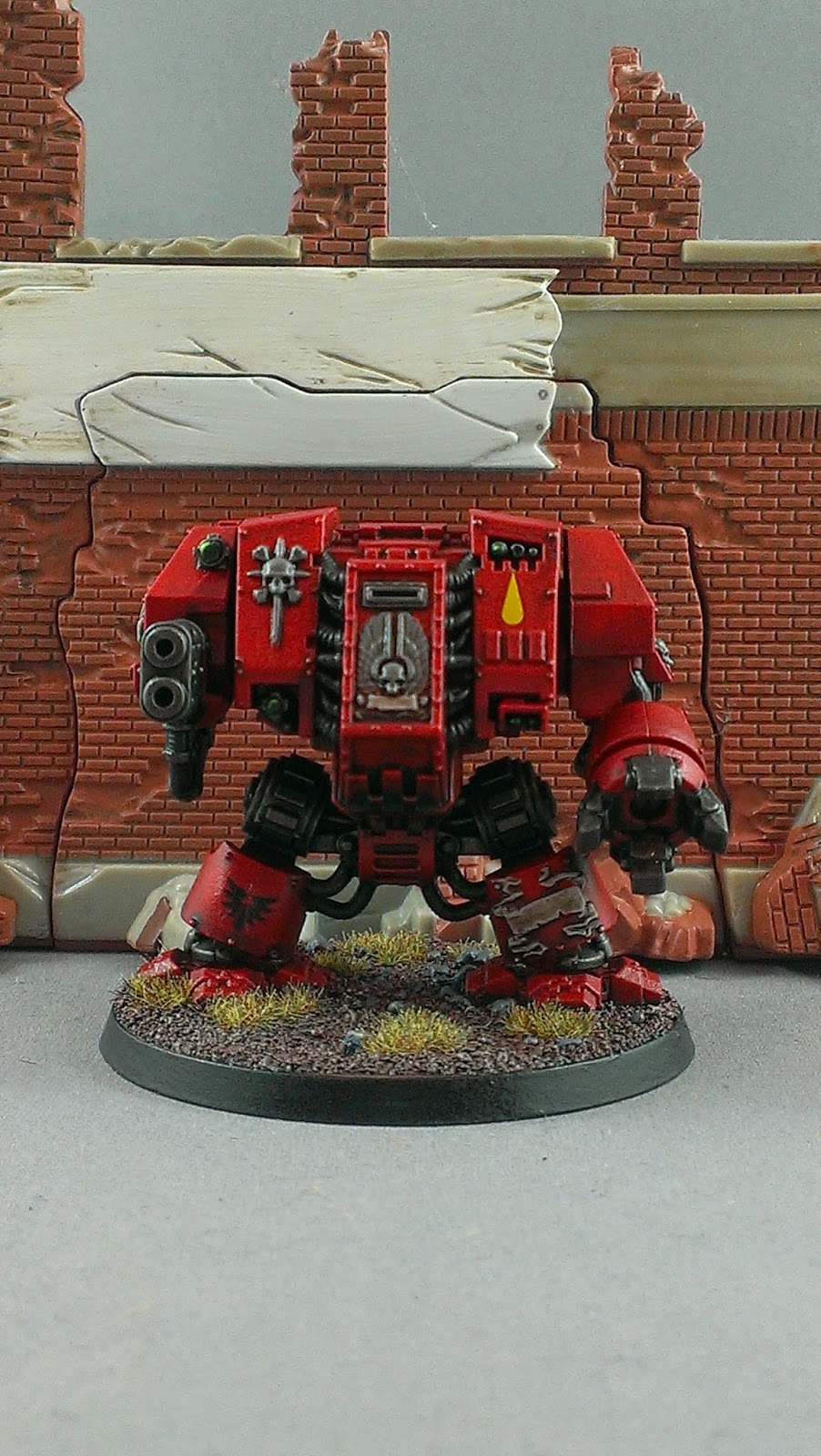 I stuck with the basic paint scheme I've been going with with my Blood Angels and I'm pretty happy with how it turned out.

It definitely felt good to make another addition to my Blood Angels and even though there are a few other things I want to get done first I think this will be the push I needed to go back and finish my first 5 Assault Marines as well.

Dr McMourning's forces continue to grow with the addition of a new Flesh Construct. 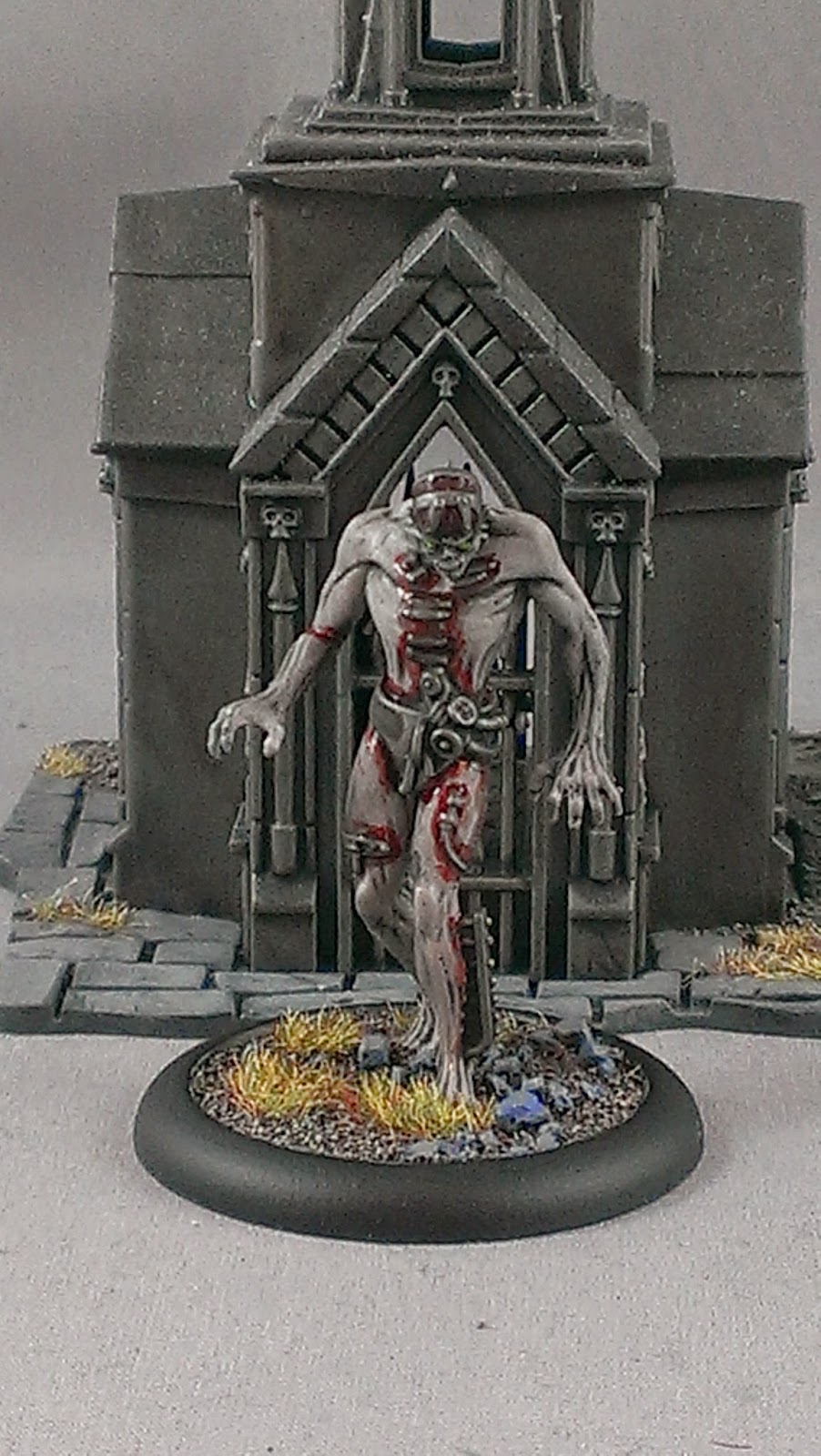 I've always really liked the Flesh Constructs in terms of both the rules and the models so I painted both of the original metals and now this is my first of the new plastics.  There is a second variant available as well so I'm thinking I might have to pick that up after I get my initial box set done.

Due to my inability to count the other night (Canine Remains are 4 points, not 1) this means I now have 10 of the 15 points I need done for my first game in the Slaux Graux Malifaux league a week from tomorrow.  So one nurse from the box set should get me there!